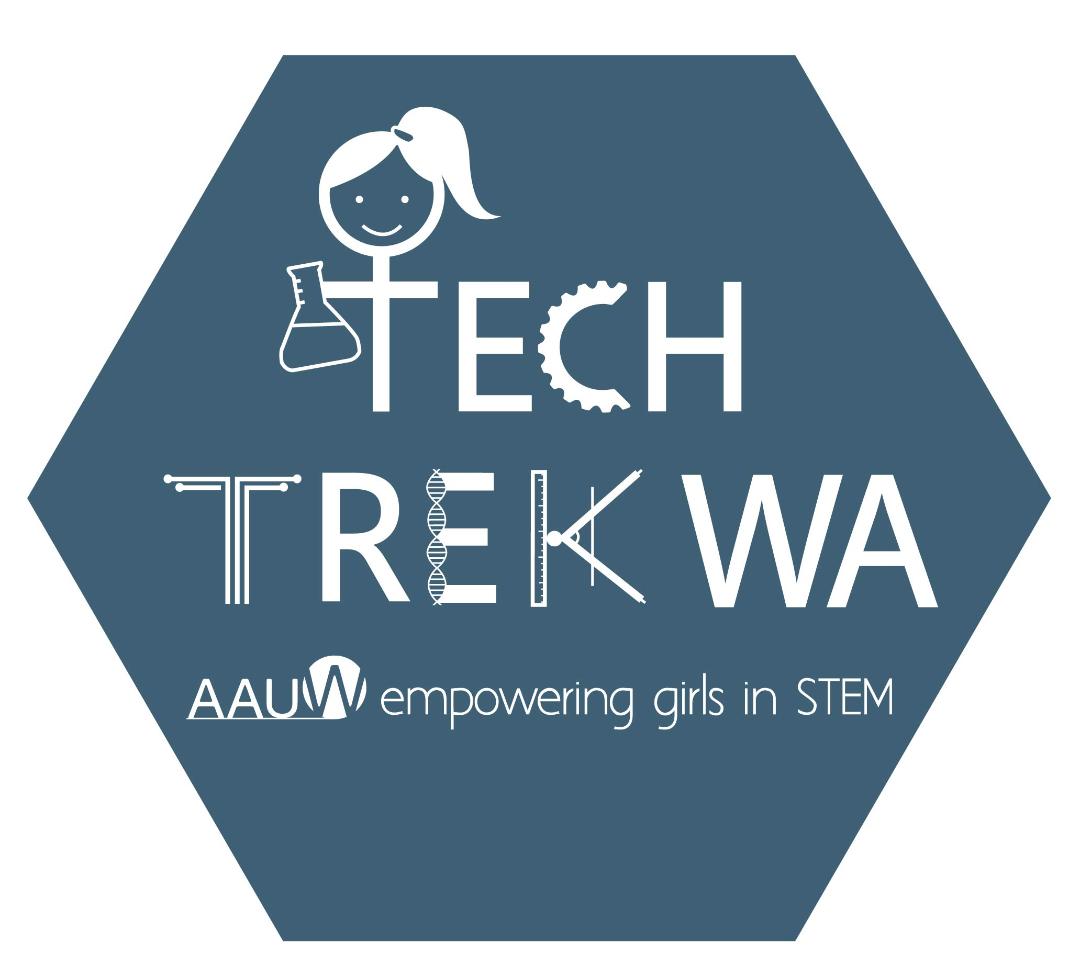 Thanks to Tacoma branch sponsorship, six middle schools girls from Tacoma attended the first ever Tech Trek summer camp in Washington State, held July 21-27, 2013 at Pacific Lutheran University.  This past summer (2017) we sponsored sixteen girls to one of two Washington State camps. Tech Trek is especially important to the mission of empowering women and girls.  According to AAUW’s research report Why So FEW? compared with their male peers, women continue to major and choose careers in Science Technology, Engineering and Math fields at a low rate.  These weeklong camps provides an opportunity for girls to learn about these subjects in a fun-filled hands-on college environment.  Branch members raised funds, interviewed student applicants and followed their progress during the program.

Want to donate to TechTrek? Click here! And thank you!

AAUW sponsors an annual conference for aspiring women student leaders in Washington D.C.  Tacoma branch has provided grants to our college partners to give opportunities for their students to attend.  NCCWSL is an invaluable experience because the women learn about national issues, find mentors and graduate study opportunities, meet successful women role models, attend skill-building workshops and make friends from throughout the nation.

Mission Projects use branch mission funds to promote equity for women and girls in Pierce County.   Projects may include but are not limited to grants to local colleges/universities or scholarships to individuals. Mission projects for the fiscal year (July-June) will be determined annually by the membership at the preceding Annual Meeting.    Any member or group of members may propose uses for the funds to the Board for recommendation to the membership.   Any proposed project must show how the project advances the branch mission and must designate a committee, task force or individual to implement the project.

In 1907, the Tacoma Branch was the 39th Branch to join AAUW (then called the Association of Collegiate Alumnae).  In recognition of the branch’s 100th birthday in May 2007, branch members launched a successful effort to raise $100,000 for the Tacoma Branch Centennial Fund with the AAUW Foundation.  Proceeds from this endowment are awarded annually to women doctoral scholars in Washington state.

One of the most visible projects of engagement between the Tacoma branch and PLU is the Elect Her Initiative, an annual one-day workshop that acknowledges the necessity to build the pipeline of women running for office in order to diminish the long-standing political leadership gender gap. “Elect Her: PLU Campus Win is a one day workshop designed to give student attendees a functioning understanding of why women should run for office, braced by statistics showing the small fraction of women in elected offices in the U.S. Washington State and Pierce County.  Additional training showcases networking 101 tips, nuts and bolts of student government, finding an electable issue, how to formulate campaign strategy, building a network of support, massaging basics, creating and delivering the elevator speech and a campaign situation where students go out to campus to secure “potential voters”.  The day concludes with conversations with local women leaders such as Julie Anderson, Pierce County Auditor, Rep. Laurie Jinkins, Washington state representative. 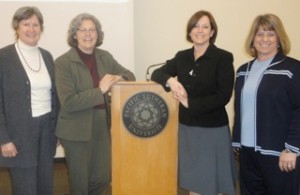 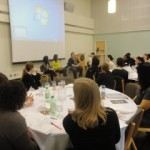 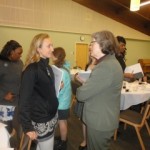 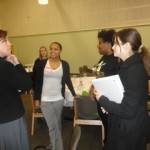